The event was attended by the Development Bank's Chief Executive Officer, Kire Naumov, the Chief Operating Officer, Faruk Ismaili, as well as some of the members of the  bank's expert team, who presented the credit lines in times of crisis, the new products introduced in the bank, as well as the development mission of the bank on which the operation of the bank is based. 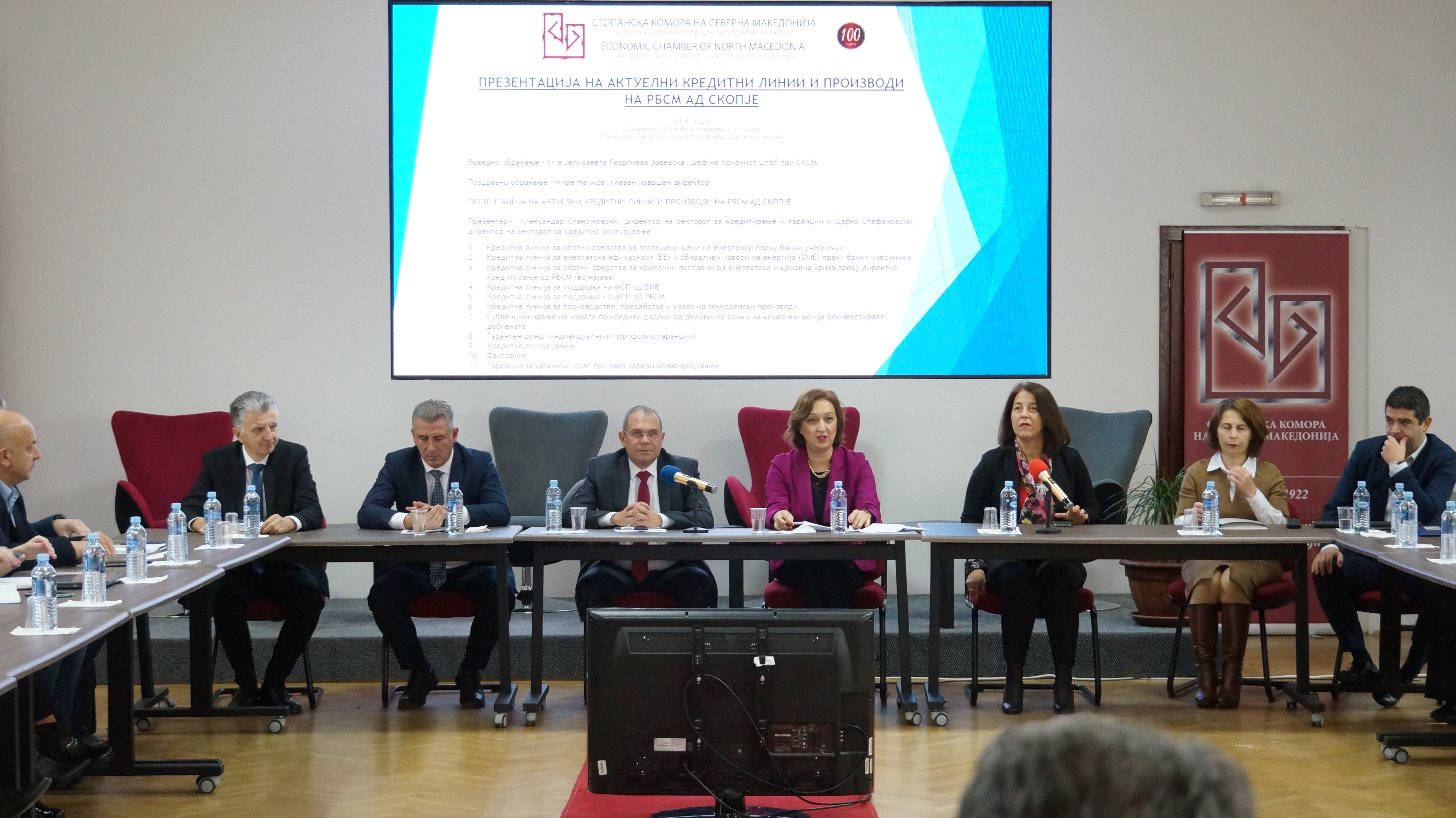 The presentation of the current credit lines and products by the Bank’s expert team members was followed with great interest from the companies. They were thoroughly acquainted with the possibilities of using the bank's products, which would allow them easier access to financing.

"The main goal of the Development Bank is to offer loans that are more favorable than those of the commercial banks. By definition, we work to help small and medium-sized enterprises. We follow the requirements of the economy, we support their development, but in these times of crisis, previously the covid pandemic, now the energy crisis, we help in maintaining their liquidity", said Naumov.

Chief Executive Officer Naumov, among other things, referred to the role of the Development Bank in times of crisis for the period from 2020 to 2022, ie. the results that the bank achieved during this period through the introduction and implementation of:

Chief Executive Officer Naumov emphasized that the bank's assets have been growing in the past period, ie. they have increased from EUR 168 million at the end of 2019 to EUR 267 million in the first half of 2022. Development Bank is continuously increasing its participation in the total gross loans extended to non-financial companies by the banking sector, so that, as of September 30, 2022, 7.3% of the gross loans are from DBNM funds. For comparison, in the same period last year, this percentage was 5.3%.

DBNM will continue in that direction, by signing a new agreement for the EIB 7 credit line in the amount of EIB 100 million, as well as expanding cooperation with other international investors to provide new sources.